Alibunar Wind Farm was named the best project in the field of renewable energy sources in Southeast Europe in 2018, at the XII International Forum on Clean Technologies, which was held on October 2 and 3 in the building of the Provincial Parliament in Novi Sad.

A total of 75.1 million euros has been invested in WPP Alibunar, part of which is from loans from the IFC Group of the World Bank, commercial banks and investment funds. The loan was refinanced in 2021 at Unicredit Bank.

A significant part of the capital is the investor’s money. The investor is the Belgian company Elicio, which has been producing electricity from renewable sources for more than two decades.

The company Elicio has committed itself to give two percent of its profit from the Alibunar wind farm to the municipality for projects that benefit all citizens.

The construction permit for the wind farm “Alibunar” was obtained in the middle of 2014, after which several important permits were obtained, which regulate the issue of construction of access roads and traffic connections.

The wind farm was built on agricultural land in K.O. Alibunar and KO Vladimirovac on the left side of the state road IA row no. 3 Belgrade – Vrsac (according to the old categorization M 1.9), on the stretch from km 53 + 300 to km 55 + 900 of the road. The location for the wind farm was selected based on detailed wind and terrain analyzes.

The wind turbines are identical, with a minimum distance of 500 – 900 meters from each other, arranged in three rows of seven pillars.

Wind farm “Alibunar” consists of 21 wind generators with a nominal unit power of 2.0 MW, which develop their full power at wind speeds of 11 m / s. Under optimal conditions, the total installed capacity of the Alibunar wind farm is 42.0 MW. 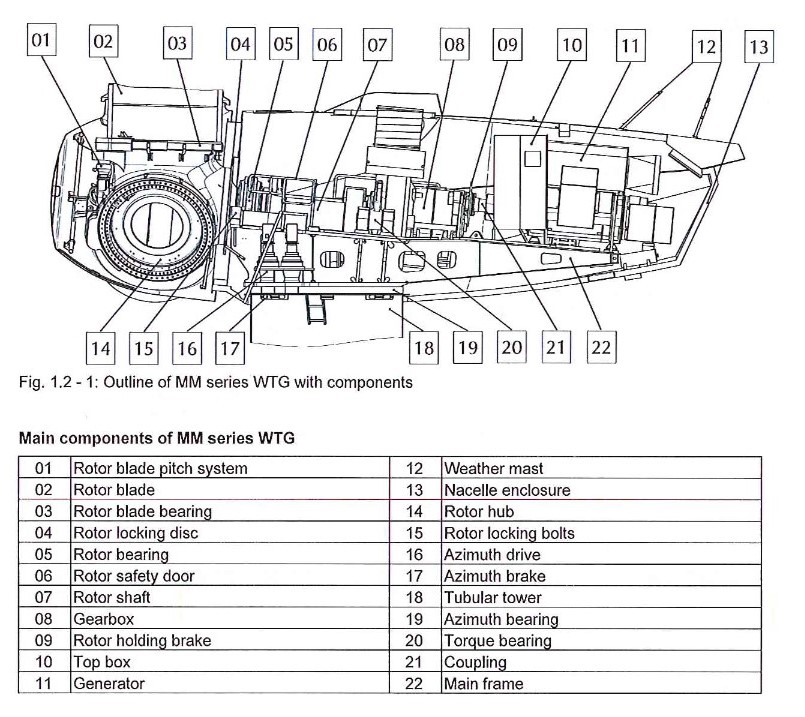